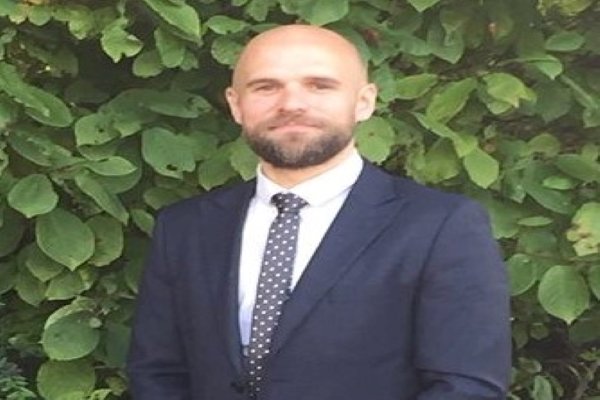 As the old saying goes when talking about the lifecycle of family businesses “clogs to clogs in 3 generations”, but this is a simple stereotype for a rich and diverse sector of the business world. Family businesses form the lifeblood of private sector economies, but even more importantly, they can form the backbone of communities wherever they are found. Consider that in the U.S.A., family firms generate 64% of GDP & account for 65% of domestic employment contributing somewhere in the region of $8.3 trillion of U.S. gross domestic product. In Germany, a study found that between 2006 and 2010, Family businesses played a major role in job creation in comparison with equivalent non-family firms, represented by an increase of 300,000 new jobs compared to a decrease of 100,000 respectively. More recent statistics show that 91% of all German businesses are family controlled. In the UK, 14% of total government revenues were generated by family firms; in employment terms, equating to around 40% of private sector employment or 9.2 million jobs.

In Northern Ireland alone, Small and Medium sized Enterprises (SMEs), i.e. those employing less than 250 people, account for 99% of the private sector businesses, employing nearly 500,000 people – and it is estimated that 75% of those firms in Northern Ireland are family owned or managed businesses. This can be connected to the historical underinvestment in Northern Ireland’s private sector economy due to the legacy issues derived from political turmoil in the province. Given the serious political problems and economic uncertainty currently facing Northern Ireland and the debate around its future, it is vital to secure increased investment in the sector so that family businesses not only continue to survive, but that they have the long-term vision needed to grow.

The NI economy is dependent on family firms, so it is unsurprising that the issue of succession is of critical importance for their long-term survival. It is similar in many ways to other rural based economies in the UK and Europe in that it depends on family firms for sustained and, irrespective of scale of operation, size or entity, family firms provide a critical platform for commercial activity and wealth creation within their respective and traded-with economies.

On National Family Business day, supporting and appreciating the family business sector for the diverse richness and unique contribution family firms bring is important. When Kraft, a family firm PLC itself, began the process of taking over the Cadbury empire, employees, customers and the general public alike were understandably nervous that this British institution (founded in 1824) would change irrevocably.
In a letter issued in national media by two Cadbury brothers, and former chairmen of the firm, they appealed to Kraft by saying “We, who have spent our working lives in the great enterprise founded by our family, would look to them to live up to that responsibility”. While fears existed over job cuts and brand dissolution, it was the potential erosion of the identity of the Cadbury firm that caused the most concern among commentators and consumers alike. It seems that the original Quaker influence which instill such obvious culture in the organisaion, has indeed since been diluted over time.

So how can family firms avoid flaming out within three generations as the statistics seem to suggest? The majority of family firms consider intra-family succession a key goal. Considering the qualities of a family member or indeed sibling can be a fraught process, but one that can and needs to be done, albeit with sensitivity. Yong Wang suggested that “respect, understanding, and complementary behaviour between the two generations are critical to an effective succession” and maintaining this, particularly when considering more than one sibling, can help smooth this difficult path.

Of fundamental importance, smart choices around succession are vital. Sometimes the best thing for the family and the firm is to NOT have a family member take over – family involvement in the firm can still happen but with a non-family member in the MD seat. The likes of a family charter provides great clarity for family members around rules and expectations for working and owning the family firm – Harbinson Mulholland advocate for some great work in this space as an example https://www.harbinson-mulholland.com/news/60/we-the-family-need-a-family-charter.

When considering the succession process and to try and ensure it is as smooth as possible, consider what makes you T.I.C. to help get it right – Develop Trust, have clarity in Communication and commit to your Identity. These pillars must all be intentionally developed in a successor, built up and forged over a period of time and it is important that the family lays the foundation for them.

Trust
In any relationship, trust is garnered when confidence is developed around another individual or group’s commitment to the relationship. Evidence shows that positive early Parent-Child relationships and the nature of the emotional ties that exist within those relationships, will lead to positive outcomes in later behaviour which help to strengthen trust in family relationships.

Given the stability that can occur around a positive family identity, trust involves less risk in the family firm context, hence family ties can facilitate this process. As relationships within a family endure, growing inter-reliance amongst family members can produce greater levels of trust and exchange. Nonetheless of vital importance to reinforcing this trust are the early communications around expectations and values, with successor participation in a two-way communication process vital.

Consider the trust value a successor holds and eschew the ‘trust no-one’ argument in order to foster a successor that places high value on relationships built around trust. This is also vital when it comes to key non-family relationships, particularly as part of a top management team.

Organizational identity provides a sense of continuity and distinctiveness to the organisation, as it describes the collective behaviour and identity of the organization that is rooted in the organisation’s history and values. Each family firm will have their own distinct culture (i.e. set of characteristics and values), but it is the commitment to a shared identity that will lead to a greater sense of ownership from successive family members in the firm and beliefs as to exactly what the family represents, will impact upon how they relate to their social business community in terms of support, community involvement and long term commitment.

To use the Cadbury analogy earlier, the fears surrounding the takeover were that such an identity was under threat. The firm’s history, its reputation, its brands, the ability of the personnel (both family and non-family) who worked for the organisation and indeed, the family’s Quaker heritage all contributed to make the Cadbury organisation unique.

The balancing act for any successor is to remain true and committed to the identity of the firm as was handed over to them, but to also have a vision for the firm that builds on that identity to enable a growth that’s sustainable for the long term.

All family firms will undoubtedly hold different values, but nonetheless, shared perspective, identity and the symbolically significant experiences found within a family has a basis for effective dialogue, which in turn, has meaningful implications in the business context. Communication plays a vital part in effective succession. Given that importance, the ability of both generations to be effective communicators is one of the most vital aspects in building strong Family Social Capital in the firm that transcends the generational divide.

Getting the blend of these three value bases in a successor is only part of the succession process, but ensuring they are considered will integrate them into the conversation with potential successors and help safeguard a family firm legacy for years to come.

Want the latest news and updates?

Sign up for our newsletter to stay up to date.